Grab an early bird discount by registering before Feb 28, 2023

150+ participants, including C-level managers from the leading companies in agribusiness, retail and distribution but also in the larger FMCG industry, from EU, South-East Europe, CIS, Middle East, Africa, and Turkey.

High-level business event focusing on new developments and incorporation of global trends in the agribusiness, FMCG, retail and distribution within the South-East Europe but also wider Central and Eastern European markets.

Read more about the conference

Meet the speakers at CR Summit 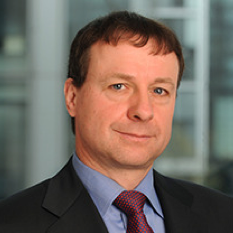 Jean-Marc Peterschmitt oversees the Bank’s activities in the enterprise sector across all countries of operations, working together with four Directors covering manufacturing and services, agribusiness, property and tourism, information and communications technologies and is the Managing Director in charge of SME finance and development.

Mr Peterschmitt is a seasoned banker with extensive sector and country experience who joined the EBRD in London HQ in 1992. After an initial period in the municipal infrastructure team and the Balkans country team, he became Country Head for Bulgaria in 1998, based in Sofia. He returned to HQ in 2001 as Director, Western Balkans, before joining the Financial Institutions group in 2004, as Director for Bank Relationships, and then in 2009 as FI Director for EU & Ukraine. In 2011, Mr Peterschmitt became Managing Director for Central and South Eastern Europe, responsible for leading the Bank’s operations in 17 countries of Central and South Eastern Europe. In 2014 he was appointed Managing Director for all Countries of Operations and Chief Operating Officer for Banking. Prior to joining the EBRD, Jean-Marc worked at the Ministry of Agriculture and Rural Development in France.

A French national, Mr Peterschmitt studied Agricultural Engineering in Paris and has an MBA from INSEAD.

Emil Tedeschi is the President and Chief Executive Officer of Atlantic Grupa, a leading food and beverages producer and distributor in South East Europe. He is the founder and majority shareholder in the company, that has since 1991 developed from a local Croatian distributor into one of the largest and most dynamic companies in the region and an ambitious international player.

During his career Emil Tedeschi received several esteemed awards for his professional achievements, namely - Manager of the Year by Croatia’s Managers Association in 2002; CEO of the Year by Croatian business paper Poslovni vjesnik in 2005; Businessman of the Year by the expert jury of Kapital Network, first business television in the region, in 2006 and 2008; “The Seal of Večernji list daily paper” as Businessman of the Year in the region of SEE in 2010; as well as the state medal for extraordinary contribution to economy by the President of Republic of Croatia. In 2012 he was awarded as the regional “Business Personality” by Mass Media International.

Through his participation in the work of crucial political bodies, Emil Tedeschi was actively engaged in the process of Croatian moving forward and closer to the standards and membership in the European Union. He was a member of the Parliamentary Committee overseeing Croatian negotiating process with the EU, as well as the Croatian Social and Economic Council. From 2005 to 2007 he was the President of HUP (Croatian Employers Association), where he has been an active member since its founding. He is a member of the Trilateral Commission, Dean's Council of the Harvard Kennedy School, the INSEAD Alumni Association, the Program Council of the Zagreb School of Economics and Management, the Business Council at the Faculty of Economics at the University of Ljubljana, and the Board of Trustees of Moscow State Institute for International Relations (MGIMO). He is the honorary consul of Ireland in the Republic of Croatia. From 2010 to 2015 he was a member of the Economic Advisory Council to the President of the State. 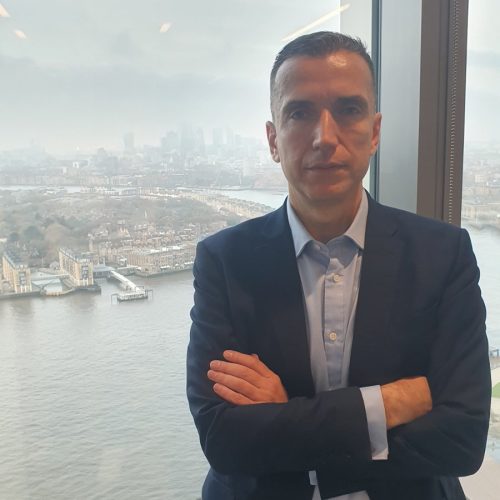 Miljan Ždrale is a Head of EBRD’s Agribusiness for Central and South East Europe as part of Industry, Commerce and Agribusiness Group in the Banking division.

Since 2002 when he joined EBRD, Miljan participated/led, in Agribusiness only, more than

40 transactions in the amount exceeding EUR 1.5bln. He is responsible for EBRD projects in agribusiness, food retail and FMCG in SEE, jointly managing active sector portfolio in CSEE region in excess of EUR 2bln, with annual new investment of EUR 150-200m in private sector projects in CSEE. Miljan is the key contact for many large international (Carlsberg, Bunge, Delhaize Group, Lidl, etc.) and regional companies from the SEE. He has been a Non- Executive Director at the Supervisory Boards of Carlsberg’s operations in Belarus, Agri Europe, and a Supervisory Board member of Moji Brendovi. He is appointed Board member at Axereal, one of the leading French co-operative, and in the leading retail chain Voli in Montenegro.

Who is organizing CR Summit?

Register today for this event!

Fill out the form and book your place!

Do you have any questions about this event?